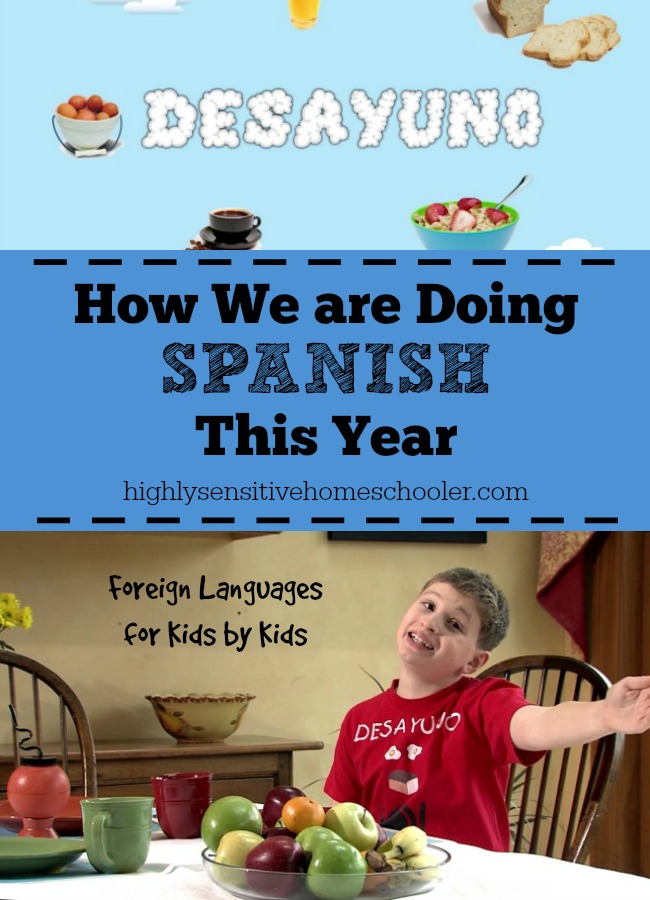 I have to admit, fitting in a foreign language had been low down on my priority list in the past.

*I* really like languages, but with all the Other Things That Must Be Done, I often let foreign language slip the way of my formal music and art lessons…i.e. “out of sight out of mind.” Add in the fact that my state doesn’t require it, and ugh…it was such a struggle.  I knew it was a good thing, but like many other good things I couldn’t seem to make time for it, or even remember it as an option when we did have some down time.

Finally, last year, after Emma went off to high school, I realized that the other elementary schools in the area were teaching foreign language, some as early as kindergarten.  My daughter wound up being at a disadvantage when she entered school with very little experience. Sure, there were students who switched to a different foreign language in high school and therefore needed a beginner level like my daughter, but even they had had years of language learning under their belt.

I needed to up my game. So we tried a few different programs, but I just couldn’t get into any of them, and my kids weren’t really responding well either.  They were OK, but I  needed more than OK to get past my usual disorganized homeschooling style and into something we are happy to pick up regularly.

Foreign Languages for Kids by Kids currently has 40 Spanish lessons. You can either buy the DVDs or use the monthly subscription option to access online videos, like we are doing.  They also have online and print workbooks, flashcards, and a game you can buy.  Here is their product page. 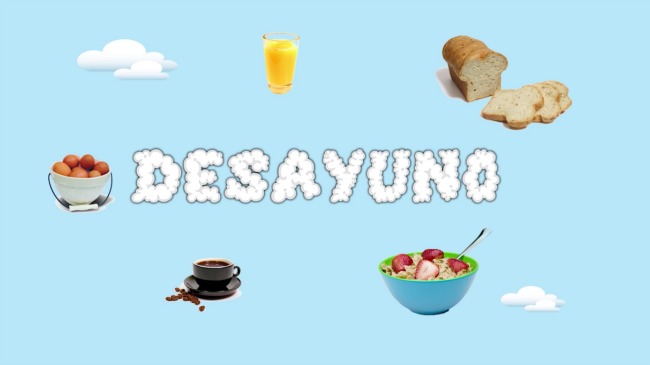 When we first started a few months ago, we watched one lesson per week, and returned to it a few times that week.  Quickly, though, we had more fun binge watching (they take after their mother, LOL).  The kids wanted to watch many “weeks” worth of videos, then go back and watch the ones they had done before.  We do this maybe once or twice a week and they are picking up the vocabulary well. 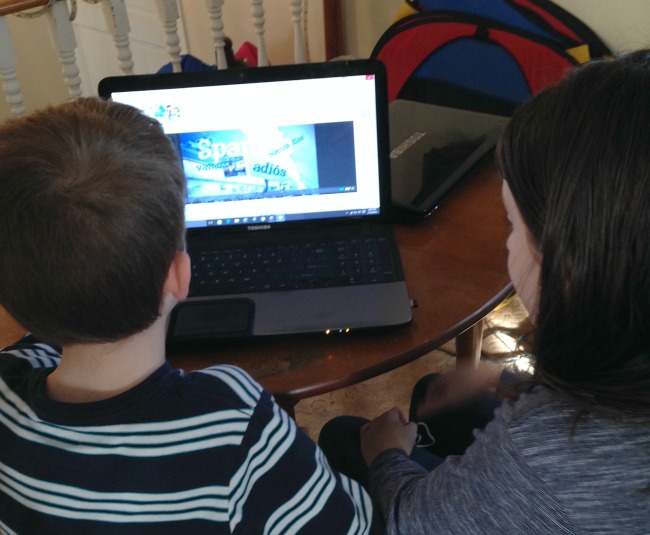 The videos feature mostly children and teens. They speak only Spanish, but the phrases and sentences are usually short and there is enough repetition to ensure understanding. You can use the flash cards and workbooks to help cement the learning. 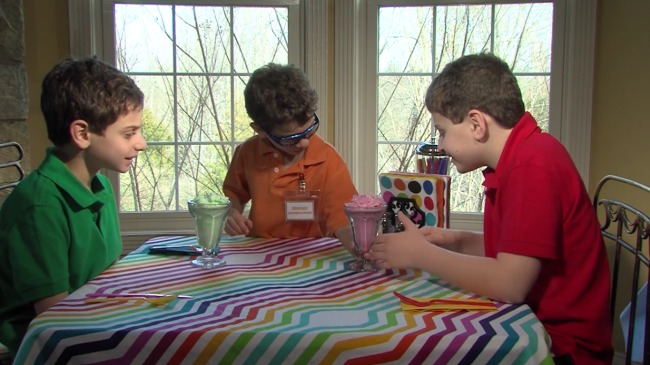 My favorite part about the videos? The kids act like real kids.  Yes, it’s scripted and they are talking in single words and short phrases often, but outside of that they are being silly and sometimes just like real siblings (you know, along the lines of “he’s breathing on me!”).   They make us laugh and we even bring up little vignettes as inside jokes in our own family – like handing each other an apple saying “manzana…MANZANA” just like the boy in the video. 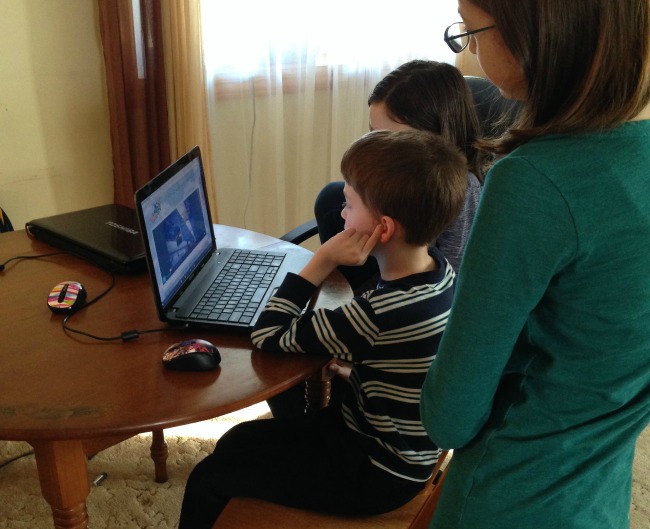 It has been a fun, engaging, relaxed and entertaining way to learn (or relearn) Spanish, for all of us. I think it’s a great introduction to the language. Best of all, my kids ask for it, so it gets done!  Win-win.

Disclaimer – I received a free subscription to this online program in exchange for a review. The thoughts expressed are true and completely my own.