(This post contains affiliate links. Please see my disclosure on the sidebar.) 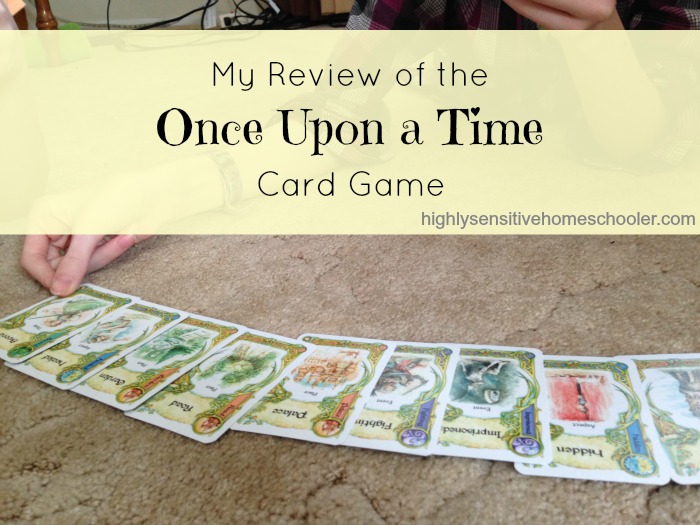 We love games here, but I don’t typically buy them except for Christmas and birthdays. So I surprised myself by heading over to Amazon to purchase the Once Upon a Time card game on a whim. I’m so glad I did!

I not only bought the game, I bought the accessory card packs (this one, and others) and a writer’s handbook. When I’m impulsive, I don’t hold back, LOL. 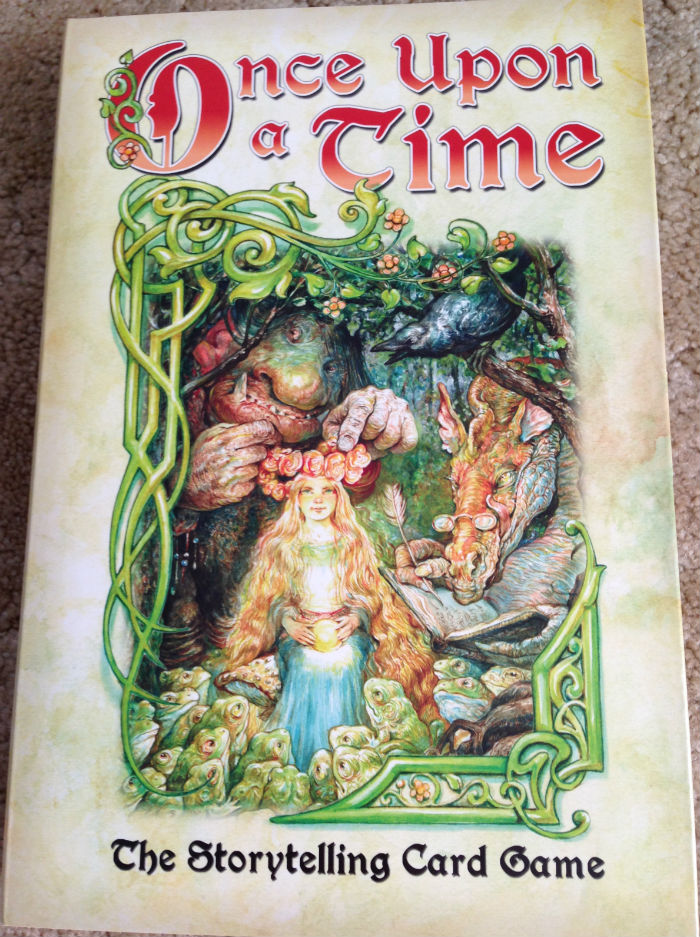 In the game, each player gets a certain number of cards depending on the amount of players.  A beginning hand will contain several story element cards, such as events, characters, and attributes, and also one ending card. The goal is to play all of your cards while you tell a story using those elements, and ending the story appropriately and logically with your ending card. 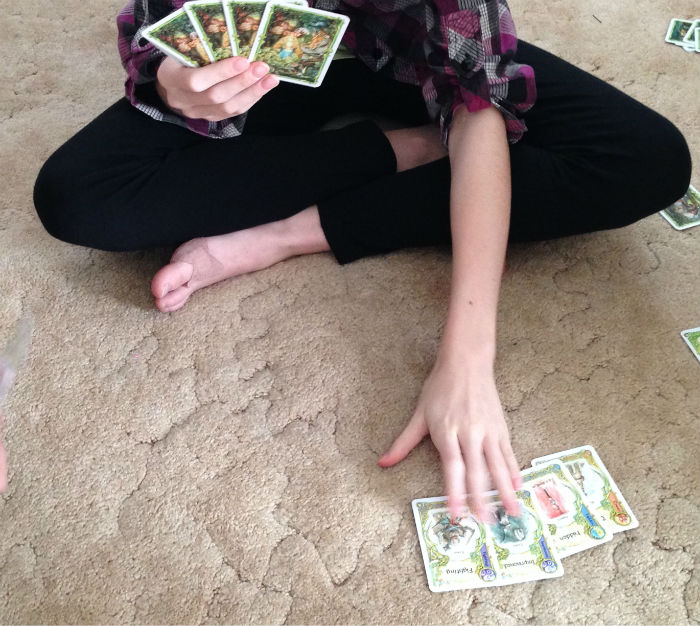 The story elements correlate loosely to the theme of the card pack being used. For example, in the Seafaring Tales card pack extension, there are “thing cards” such as a raft, a pirate ship, and a map; place cards such as a tavern, and a port; character cards like fisherman, mermaid, and captain; event cards such as stowing away and being shipwrecked; and aspect cards like deserted and breathing water. In addition, there are ending cards: “Which is how she became queen of that barbaric island,” “And they swam back together to her home beneath the sea,” and more.

A child is picked as the beginning storyteller, and he begins to tell his tale using his cards.  He can potentially continue to tell his story until the end, placing his ending card last. However, it is much more likely that another player will have the chance to interrupt.  There are special “interrupting cards” that can be used to take another player’s turn, or the player can also interrupt if the storyteller says something in his story that the other player has a card for. 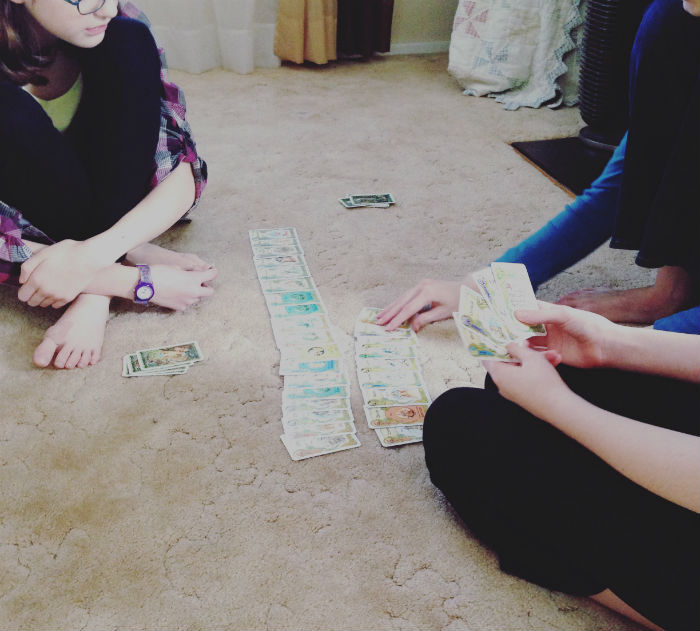 Storytellers can be challenged if they stop making sense, stop talking for 5-10 seconds, or put cards down that don’t push the story forward. For example the storyteller can’t have a story about walking down a path, and then say “And he saw a fish, a stick, and a pirate (while putting down Fish, Stick, and Pirate cards) then he continued on his way.” Those elements don’t contribute to the forward thrust of the story, so they cannot be used in that way.

If the storyteller is challenged or interrupted, the next player continues the original story, now trying to weave his or her own cards into the story.

My children love this game.  They played the original game an entire day the first day we had it, and then got their father to play that night. The next day they opened an accessory pack of cards and started all over again.

It helps to have a child in the mix who understands narrative and basic story elements, or a parent nearby to help and/or settle squabbles. My three youngest children are 8, 10 and almost 13, and they played well together. Well, as appropriately as they ever do.  😉  My 8-year-old son struggled more than the others, but he is a more “math-y” kid, and his sisters were storytellers before we even had the game. I think almost any school-aged child that has been read to can contribute at their own level, and you can always change the rules to work with your own family, like allowing the 6 year old to ramble or take longer to answer.

I think this game is a great way to teach story elements and the qualities of a good story, enhance creativity, and work on vocabulary and grammar without even realizing it.  The Writer’s Handbook can help your students bring the oral story onto  paper, but it’s definitely more for intermediate level writers than beginners.

The cards can even be used to make up your own language arts games!

All in all, we are very happy with the Once Upon a Time card game.

Have you played it? What did you think?

6 thoughts on “Once Upon a Time Card Game”